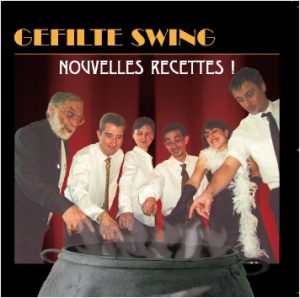 In this album the band puts to the test a mix that became its “signature sound”: jazz in klezmer.
The choice made between the instruments clearer.
When the drums are traditionally represented/included in both jazz and klezmer orchestras, the Gefilte Swing are one of the few klezmer orchestras in France to include them.
On the other hand, despite/ our classical representation of a klezmer orchestra, there is no violin.

All the albums of Gefilte Swing